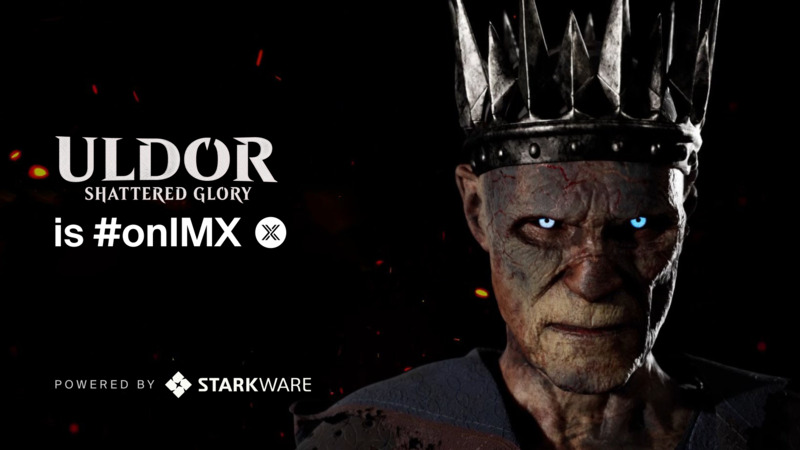 The best marketing hack is creating a great product. And Max Level Studios is building exactly that with Uldor.

Uldor is a free-to-play MMORPG where players can compete head-to-head in a PvP arena, fight over territory in large-scale faction battles, and explore a vast open world as they quest to fight epic beasts and conquer dangerous dungeons.

Developed in Unreal Engine 5, Uldor is built around an expansive loot system. Players can craft their own loot with resources or earn it as a reward for completing boss battles.

Determined to empower gamers with enhanced player ownership, transparency, and verifiable scarcity, Uldor also enables players to buy, sell, or trade their loot within the game using its native utility token, RUNI. Since all transactions will live on the blockchain, players can trace the full history of their loot, uncovering how it was acquired, the previous owners, and the prices it previously traded for.

Since beginning development in August 2021, Uldor has launched the Genesis Sale of 2 hero-class characters (Guardians and Furies) which have minted 1298 and 1066 NFTs respectively.

Although it’s still early, the quality of the team’s initial output speaks for itself. In only a few short months, Uldor has amassed a loyal community of over 8,500 gamers on Twitter and Discord, without spending a dime on marketing. This organic growth is only expected to continue with the release of Uldor’s first playable mode in October.

Composed of gaming and blockchain developers with past experience working with industry leaders like Ubisoft and the Ethereum Foundation, the Max Level team is passionate about building a suite of player-first Web3 games for mass adoption.

But first, Uldor needs the speed, security, and infrastructure to scale. By leveraging Immutable X’s powerful ZK-rollup technology, Uldor will provide gamers with full ownership of in-game digital assets as fully carbon-neutral, gas-free NFTs, all of which can be bought, sold, and traded on the Ethereum blockchain.

“We want to offer our players the advantages of blockchain with as little friction as possible. Immutable X gives us the ability to deliver advanced player ownership at scale, with zero gas fees and instant transactions, all while remaining carbon-neutral,” said Chris Adcock, Founder and CEO. “Immutable X understands gamers and what Web3 game studios need to succeed.”

For more information on how Uldor and Immutable X are bringing player-first Web3 games to the masses, follow our growing communities on Twitter and Discord.