Nifty League and ImmutableX: To the Niftyverse and Beyond
Partnership
11/12/2022

Nifty League and ImmutableX: To the Niftyverse and Beyond 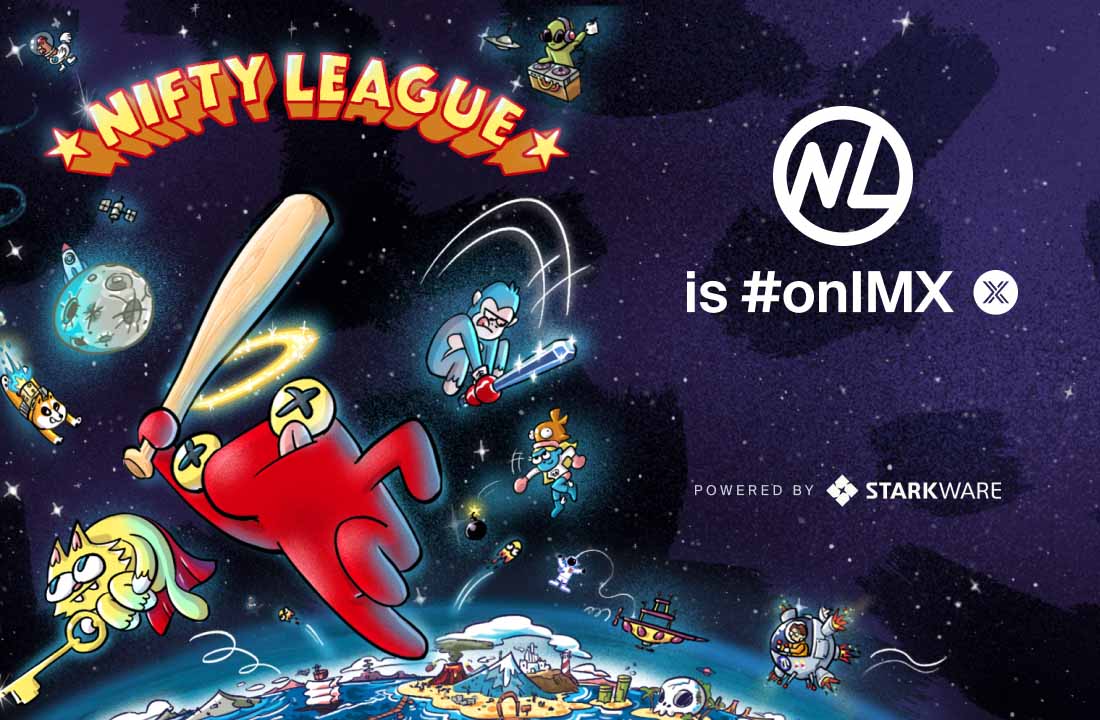 In Web3 it’s often hard to separate the signal from the noise. Things move fast and it can seem like there is a new hyped project for every day of the week. While some projects lean into the hype, flaunting inflated vanity metrics like followers and Discord stats, Nifty League puts its full energy behind creating quality games and then letting the numbers speak for themselves.

And by welcoming Nifty League into the ImmutableX family, its success will only continue to grow.

Using our powerful ZK-rollup technology, ImmutableX will enable the gas-free minting of all Nifty League in-game digital assets as fully-carbon neutral NFTs. All assets will also be featured across all ImmutableX integrated marketplaces, adding further liquidity and awareness to the Nifty League ecosystem.

On the developer front, our native wallets, easy-to-use SDKs and APIs, and thorough documentation will allow Nifty League to focus less on development and more on building the most fun and exciting games possible.

While there’s a long way to go, Nifty is already off to a hot start. With the launch of Nifty Smashers in September 2021, Nifty quickly cemented itself as the “Super Smash Bros” of the NFT space. The Niftyverse has since expanded with the introduction of a bespoke rental system for gamers, along with several creative mini-games this year.

With a loyal community of gamers and NFT enthusiasts, the platform’s player engagement has been impressive. In August alone, the game drew over 13,000 unique users with an average visit duration of over 1.5 hours. 2023 will be an exciting year focused on bringing mass adoption to Nifty League’s games via mobile with free-to-play and an enticing progression system.

Much of this can be attributed to the deep knowledge and expertise of its founding team. Led by two former Activision engineers Ali Timnak and Andrew Mahoney-Fernandes and successful pixel artist Mike Scott, Nifty raised a $5 million seed round from RSE Ventures and other notable investors to fuel its next stage of growth.

But to reach its full potential, the Niftyverse was in need of the tooling and infrastructure to scale quickly and securely. After evaluating various Layer 2 partners, it became clear that ImmutableX would be the perfect fit to bring its vision to the masses.

“Selecting a suitable Layer 2 partner is crucial to scaling our ecosystem at Nifty League, and we couldn’t be more excited to start rolling out products on IMX. IMX is solely focused on powering the next generation of Web3 games which positions Nifty League to capitalize on the upcoming wave of mainstream adoption,” said Nifty League CEO, Andrew Mahoney-Fernandes. “We are confident that this new generation of gamers will be buying and trading on NFT marketplaces built on IMX, including GameStop’s marketplace.”

For more information on how Nifty League and ImmutableX are building the next great Nintendo-inspired Web3 games, follow our growing communities on Twitter and Discord.