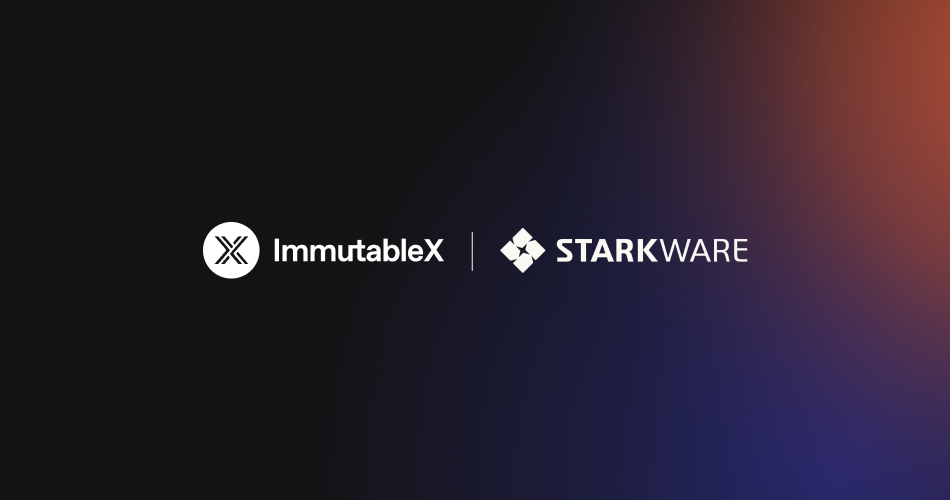 The gaming industry isn’t big. It’s massive. With over 3.2 billion gamers worldwide, the global gaming industry generated over $130 billion in in-game revenue in the last year alone. And with the rise of blockchain technology, the industry's future has never looked more exciting.

In our initial development of Gods Unchained, our team aimed to solve a fundamental problem in traditional gaming: the one-sided value exchange between those who play the games and the organizations that create them. By tokenizing in-game assets as NFTs, we could empower players to own, retain, and financially benefit from their in-game performance.

Due to its security, network effects, and decentralized nature, Ethereum was the obvious choice when it came time to decide which chain to build on. However, our team quickly hit an obstacle: Ethereum’s scalability constraints. To combat the long transaction times and unpredictable gas fees, we sought a solution that would enable gas-free minting and trading of Gods Unchained cards. We found this in the form of StarkWare, a trusted infrastructure partner which scales on Layer 2 using an advanced cryptographic system called STARK proofs.

Scalability increased, operating costs decreased, and the game remained secure as ever. Our experiment was a success. But more importantly, it became clear that there was more ground to cover for game developers exploring the new internet.

With that, ImmutableX was born.

Deeply aligned with our mission to power the next generation of Web3 games, StarkEx, StarkWare’s scalability engine, became an integral component of our tech stack. Leveraging StarkWare’s validity rollups (often referred to asors ZK-rollups) for minting and trading, ImmutableX provides the infrastructure, tooling, and expertise to help other games successfully launch and scale without compromising on the security of the Ethereum blockchain.

ImmutableX offers APIs and SDKs that provide integration opportunities to improve development efficiency without sacrificing gameplay quality. Rather than building everything from scratch or seeking out individual vendors for specific features, developers can simply plug into the existing Immutable web3 infrastructure stack. With our code libraries, advisory services, and partner ecosystem, you can finally spend less time spinning your wheels on development and more time focusing on creating an incredible gaming experience.

But to truly understand the role of StarkEx, we must first understand the technology under the hood: STARK (Scalable, Transparent Argument of Knowledge) Zero-Knowledge (ZK) Rollups.

Validity rollups are scaling solutions that batch (or roll-up) and execute multiple blockchain transactions at once off-chain, while validating the legitimacy of the transactions on the Ethereum Mainnet in a single instance. In addition to increasing throughput, the gas fee is further split across all transactions resulting in a lower gas cost per transaction.

With StarkEx, we are proud to empower our partners around the globe with a toolbox of useful application flows to achieve scale and cheap off-chain computation without compromising on security or decentralization. Two years into our partnership, and with more to come, we couldn’t be more confident in our ability to scale the next generation of blockchain games for the masses.

Unlike others in our competitive set who rely on sidechains, bridges, and rollups with unproven reliability, StarkEx is battle-tested on the Ethereum mainnet. Its production-ready technology works today, which while it sounds simple, is truly a massive competitive advantage across three key areas: speed, security, and scalability.

Let’s break each down a bit further.

Speed and quality gameplay go hand in hand. Without one, it’s impossible for a game to reach mainstream success.

StarkEx throughput capabilities are over 600 times more efficient than the Ethereum mainnet.  While Ethereum can comfortably handle ~15 transactions per second, StarkEx can enable ImmutableX to process over 9,000 TPS for trades and 18,000 TPS for transfers. This speed has proven to be crucial to our ever-growing roster of partners as its users perform hundreds of millions of microtransactions per day. As Ethereum’s efficiency improves through sharding, so will ImmutableX’s, further boosting the performance of our scaling solution.

The barrier to entry to create a blockchain game has never been lower.

‍
Unlike sidechains or scaling solutions that sacrifice scalability for security, we rely on STARK proofs directly on the Ethereum mainnet. With ImmutableX, gamers can rest easy knowing their prized in-game assets and currency are secure.

It’s important to note that STARKs are also more secure than SNARK (Zero-Knowledge Succinct Non-Interactive Argument of Knowledge) ZKrollups. While both batch and execute off-chain transactions to solve Ethereum’s scalability issues, the way in which the proofs are verified varies. Unlike SNARKs, the underlying technology for STARKs relies on hash functions. This allows STARKs to be quantum resistant and avoid requiring a trusted setup to begin using STARKs to verify transactions.

Since launching on Mainnet in June 2020, StarkEx has facilitated more than 270M transactions and 80M NFT mits, and has processed over $700 billion in trading volume. But more impressive is the low gas fees associated with this volume. Since the validity rollups conduct transactions off-chain, users are no longer subject to price spikes caused by congested Layer 1 networks. As a result, gas fees are nearly nonexistent. In fact, it costs developers exactly $0 in gas fees to mint millions of NFTs on ImmutableX.

With StarkEx, Immutable is able to empower creators with verifiable provenance of in-game digital assets as fully-carbon neutral NFTs, all of which can be bought, sold, and traded, gas-free for end users across all Immutable-integrated marketplaces.

Not only does this bring more volume and liquidity to Immutable’s partners, but also more opportunities for collaboration within the Immutable partner ecosystem.

As games continue to introduce more complicated game mechanics, developers can quickly deploy smart contracts through StarkWare’s more advanced STARK-based scaling solution, StarkNet. Like StarkEx, StarkNet is designed to handle the toughest of development tasks, while prioritizing scalability, security, and user experience. StarkNet gives you the power to write general-purpose Turing-complete logic that is not limited by the functionalities supported by the StarkEx backend.

And as the scaling solution space continues to expand, Immutable will remain uniquely positioned to adapt and thrive. Our team constantly monit new advancements and plans to support different rollups as and when they meet our security and reliability requirements.

Building the infrastructure for the new frontier of gaming is no easy feat. But while some may be intimidated by such a challenge, our team is more energized than ever to turn this vision into reality.

We’re so excited to have you along on the ride.