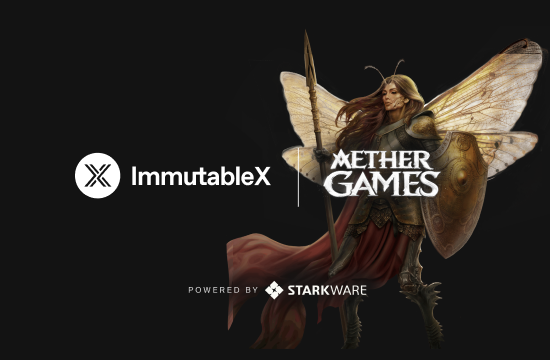 Over the last decade, the Marvel Cinematic Universe has upended the entertainment industry, serving as a case study on the power of crafting the highest quality of content built around generational IP.

With this inspiration in hand, Web3 game development and cinema production company, Aether Games, is set forth on what’s expected to be an industry-defining journey of its own:

Building the finest quality dark fantasy cinematic and gaming universe within the world of blockchain and NFTs.

With a mission of captivating the next generation of Dark Fantasy lovers, Aether is developing an immersive and united backstory for each product, while placing a strong emphasis on brand IP and exquisite 2D, 3D, and augmented reality production.

A tall task? Yes, but there are very few teams more qualified to take it on.

A combined effort from three studios, Aether’s team is growing like wildfire, blossoming from a single creative vision to a massive multinational team of 240+ artistic contributors and developers in less than 4 months. At the helm is co-founder and CEO Jens Peeters, whose past background as a manager for celebrity Esports athletes has proven invaluable for business development and industry expansion.

Collectively, the team has worked on over 500 unique titles in the gaming, television, film, VR, and tech space including World of Tanks, Smite, Hearthstone, Baldur's Gate 3, League of Legends, Far Cry 6, God of War, and many more. Relying on this trove of experience, Aether Games built the entire Cards of Ethernity MVP in-house, in only 8 months.

It’s this in-house talent that made funding this project an easy decision, earning the backing of the same financial team who delivered Netflix’s Arcane.

But with such grand ambition, Aether needed the speed, infrastructure, and security to scale. And after a brief discussion, it became rather clear that Immutable X was perfect.

With our powerful ZK-rollup technology, Immutable X will provide Aether’s full line of products and titles with verifiable provenance of in-game digital assets as fully-carbon neutral NFTs, all of which can be, bought, sold, and traded, gas-free on the Ethereum blockchain. Aether will also benefit greatly from opportunities within Immutable’s trusted partner ecosystem.

For Aether’s CMO Andrew Kostyuk, it was Immutable’s strong reputation and network that made the partnership a no-brainer.

“Collaboration with Immutable X brings us already established infrastructure, a huge community of native IMX products, and a ton of already developed tech solutions, adopted and understood by a myriad of web3 users,” he said. “In an industry where too much is dependent on trust and transparency, such recognition is crucial.”

For more information on how Aether Games and Immutable X are building the next dark fantasy cinematic and gaming universe, follow our growing communities on Twitter and Discord.